The wording psychophysics has been introduced by German physicist Gustav Theodor Fechner (1801-1887) in order to describe the interactions between physical stimulation, sensory reception, and psychological perception. Thus, it is virtually the science of the interface between the measurable – and thereby easily objectifiable – parameters of the “physical” world and there impact on our senses, which – in turn – influence our mood and behavior. 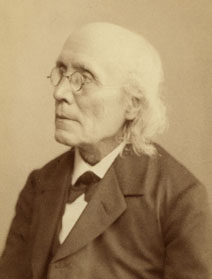 Medical Psychophysics deals with the specific aspects of the subject in the context of medicine. And this is of major interest and significance!

Concerning modern high-tech medicine, there is a big difference between robots building cars and humans treating humans – though the requirements are partially comparable. Yet, the specific human features of the characters on both sides of the “curtain” – the medical performers and the patients – have been disregarded or at least underestimated for a long time.

Therefore, it is a matter not only of sophisticated devices and high-tech, of skills, alertness and decisiveness, but also of psycho-physical interactions, of perception (rather than mere reception), of inborn and acquired associations, of hope and anxiety, of shortcomings and fatigue.

It is the matter which Medical Psychophysics deals with – on both stages: That of the patients and that of the medical performers. Dealing with these matters requires thinking in unconventional categories, but the efforts are paying!